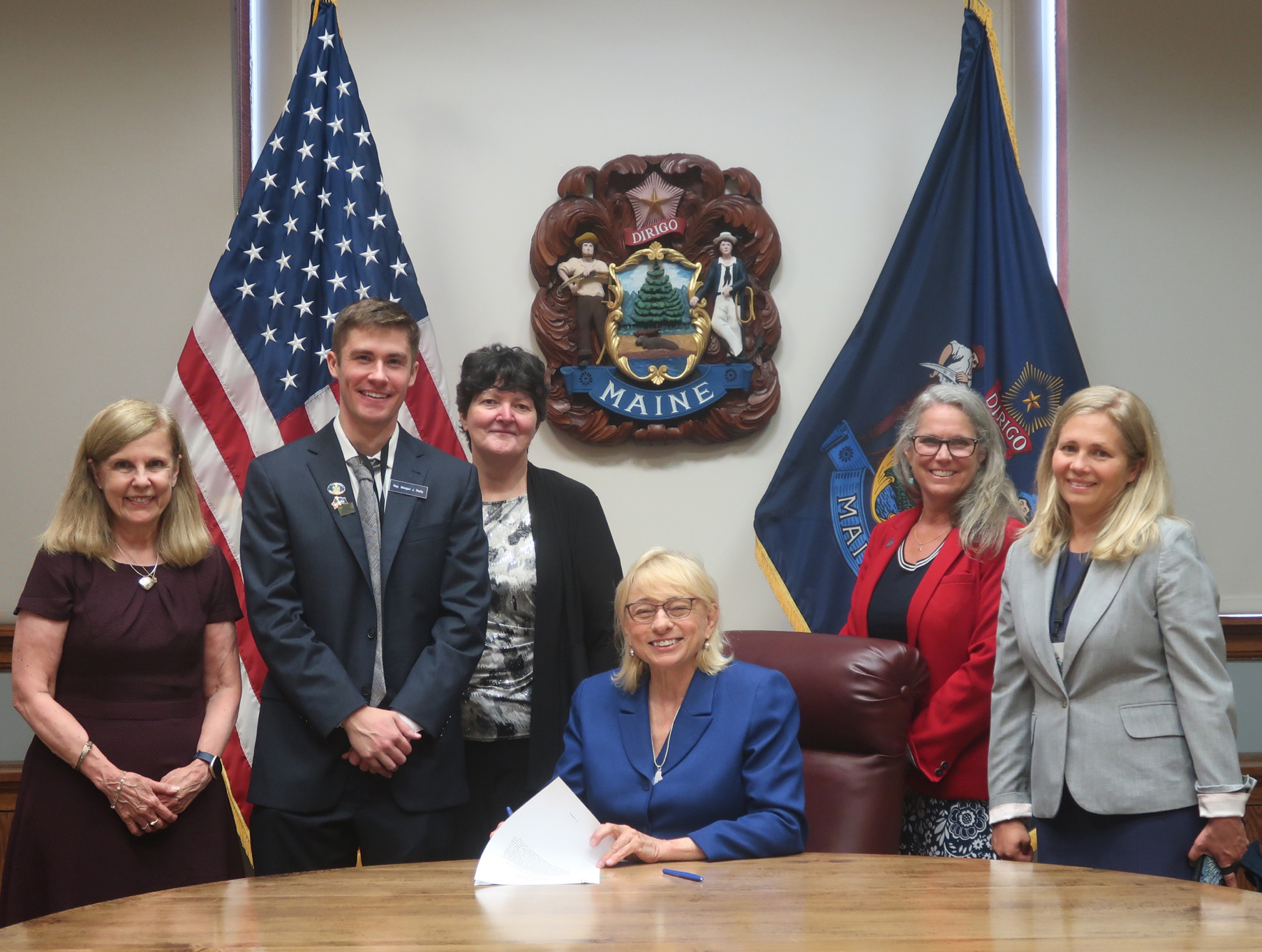 Volunteer Maine, the state service commission, is excited to share that two service-driven pieces of legislation have been passed unanimously by the Maine House of Representatives and Senate. Both bills have now been signed into law by Governor Janet T. Mills.

LD 1010: An Act To Establish the Maine Service Fellows Program

LD 1010 establishes the Maine Service Fellows program with funding through a public-private partnership. At least 10 service fellows will be part of the inaugural class.

Rep. Morgan Rielly (D - Westbrook) introduced legislation to create the program. Among the co-sponsors are Rep. Nathan Carlow (R - Buxton) and Rep. Sophia Warren (I - Scarborough). The three representatives united as the youngest Democrat, Republican and Independent in the Legislature to help champion the Maine Service Fellows program.

The program is not an affiliate of AmeriCorps, but instead is modeled on the service corps of other states like Massachusetts’ Commonwealth Corps.

Maine Service Fellows will focus on small, rural communities struggling to recover from the impacts of the pandemic. After the first three years, the emphasis will expand to other priorities in the given community.

LD 722: Resolve, To Study the Establishment of the Maine Climate Corps

Volunteer Maine Commissioners and staff will conduct the study and prepare the final report, which is due to the Legislature Sun., Jan 31, 2022.