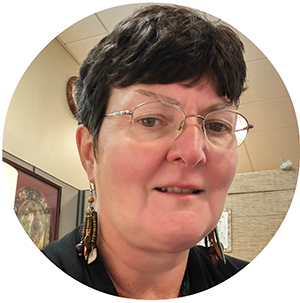 Maryalice joined the Volunteer Maine staff on April 1, 1995 and served as Grant Program Officer until she was appointed Director in May 1996. Maryalice's responsibilities include supporting the volunteers who serve as Commissioners, serving as liaison to external partners, strategic planning, program development, external communications, intergovernmental relations, and representing Volunteer Maine on regional and national initiatives.

Previous work included 15 years as Executive Director of two Maine Big Brothers Big Sisters agencies, a year with USDA Cooperative Extension as evaluator of a national project, and five years with Univ. of Connecticut Cooperative Extension. She earned her master's degree in counseling from UMaine and her bachelor's from St. Joseph College in Connecticut. 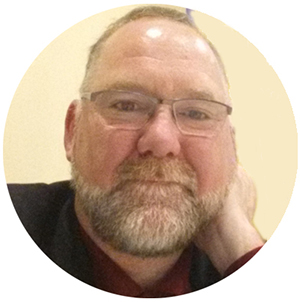 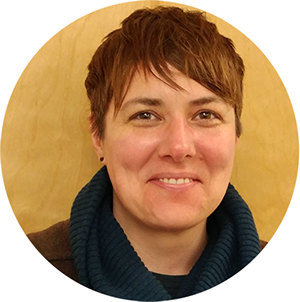 Jamie joined the Volunteer Maine staff in January 2019. As Grants Officer, she is responsible for overseeing the administration and monitoring of Volunteer Maine's AmeriCorps programs. She assists grantees in understanding and completing required state and federal procedures, while developing an updated grant administration manual and other materials.

Prior to taking this position, Jamie was the Public Assistance Program Delivery Manager for FEMA.  She earned her masters degree in public policy from the University of Southern Maine as well as her bachelor in geography and anthropology.

Before moving to Maine for university studies, she served an AmeriCorps term in Baltimore, MD, where she was volunteer coordinator at the Village Learning Place. Jamie also served in the US Air Force. 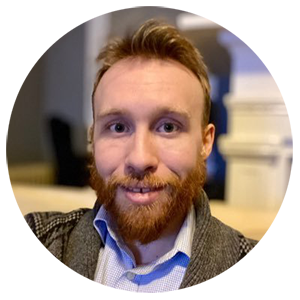 Before joining the staff team, Bryan spent two years with a growing advertising agency based in Westbrook, Maine. Roche began as the agency’s Production and Social Media Lead and then moved into the role of Digital Marketing Manager. Prior to that, Bryan held digital communication and storytelling roles with the University of Southern Maine's Office of Public Affairs. Bryan also developed, produced and directed “The USM Update,” a monthly public affairs television program that highlights academic achievement and innovation at the university. Outside of the office, he also serves as a sports play-by-play broadcaster for Bowdoin College.

A Foxborough, Massachusetts native, Bryan received his BA in Journalism from the University of Maine in 2013. After moving to Maine to pursue his education, Bryan chose to make the state home and now lives in downtown Portland. 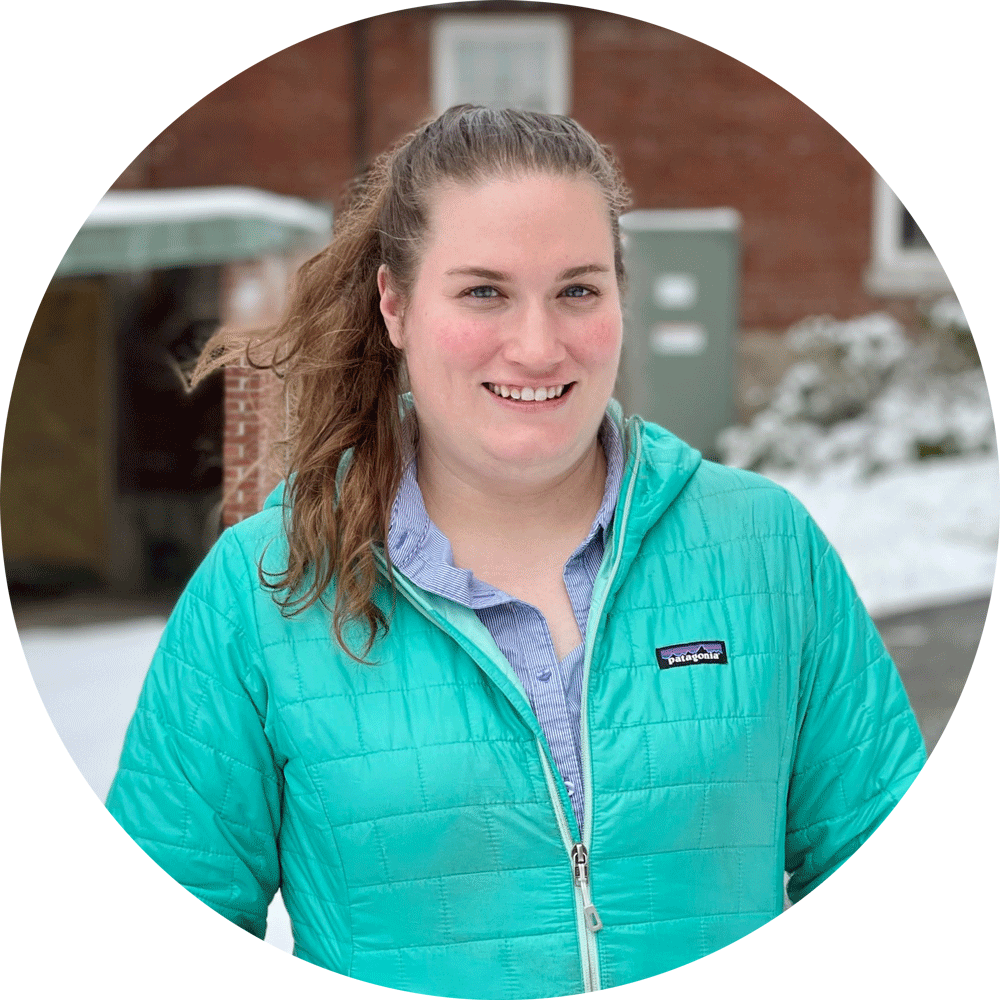 Kelsey joined the Volunteer Maine staff in January 2021. As the Program Officer, Volunteer Sector Initiatives, Kelsey works to support volunteer programs in Maine by offering training and professional development to agency staff who work with volunteers.

Prior to joining Volunteer Maine, Kelsey was the Director of Community Engagement for United Way of Anchorage in Alaska. She has a marketing background, working as a marketing manager in nonprofits before, as well as an Account Exec with an advertising agency, and has over 6 years of volunteer management experience. 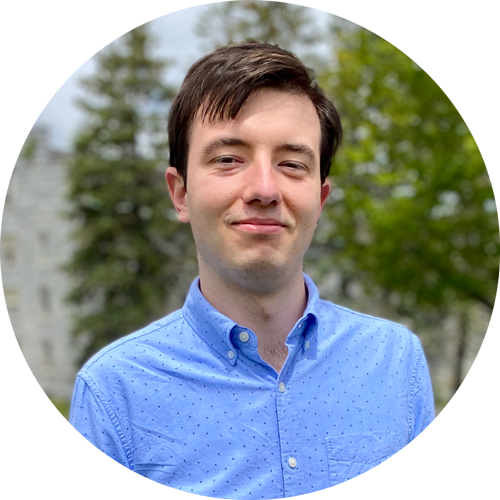 Nathan rejoined the Volunteer Maine staff in June 2021. As Office Administrator, he supports the staff in a paraprofessional capacity across outreach, scheduling, and accounting areas. Nathan previously served Volunteer Maine as a summer intern in 2020.

He has a B.A. in English from the University of Maine at Farmington. In his spare time, Nathan enjoys hiking and kayaking though Maine's outdoors. 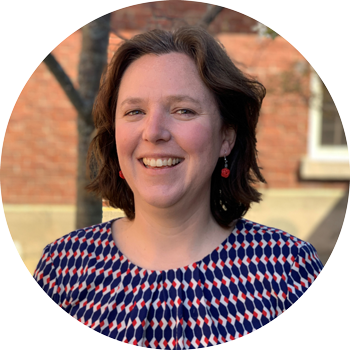 Kirsten joined the Volunteer Maine staff on May 11, 2022. As the Climate Corps Coordinator, Kirsten will lead outreach and technical assistance to potential Climate Corps grantees. Kirsten also coordinates with state and federal agencies to ensure the development of programs and policies that will enable the Climate Corps to meet the goals of Maine Won’t Wait, the state’s Climate Action Plan.

Prior to joining Volunteer Maine, Kirsten worked with environmental non-profits focused on land conservation and environmental policy. While at the Kennebec Land Trust, she supported the Local Wood WORKS initiative and learned a great deal about sustainable forestry and local wood products as a climate mitigation strategy. She holds a Master of Science in Natural Resources from the University of Vermont and a Bachelor of Arts in Environmental Studies and Spanish from Pitzer College. She was a Fulbright English Teaching Assistant in South Korea.

Kirsten’s experience as an AmeriCorps program manager taught her what goes into a successful corps program – how to train and support those who serve as well as how to engage residents of communities as volunteers. She is a two-time AmeriCorps State alum, having served with the CEDO We All Belong Program in Burlington, Vermont and with the Maryland Conservation Corps. She is active in the community as an officer in the Maine Chapter of the Fulbright Association, a board member for GrowSmart Maine, and co-leader of CAPITAL, Augusta’s Bike and Pedestrian Committee. 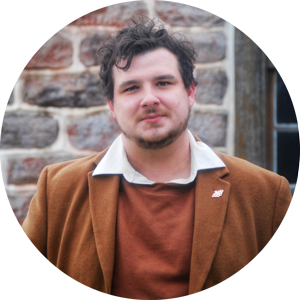 Jake joined the Volunteer Maine staff in October 2022. As the Program Coordinator for, Maine Service Fellows, Jake works provide rural, underserved communities with a resource to address critical needs by connecting recent college graduates in a year of service to communities to using their skills to make a difference. Maine Service Fellows looks to attract and retain people with a passion for public service, especially in rural areas and strengthen civic engagement and community resilience by involving community residents as well as Service Fellows in volunteer-based solutions.

Prior to joining Volunteer Maine, Jake served as an AmeriCorps VISTA Leader with Maine Ending Hunger Corps, supporting volunteers and community partners in Maine’s goal to end hunger by 2030. Prior to arriving in Maine, Jake served in two other service projects, looking at higher education access in Maryland and Tax services and financial education in Montana.